Dear fellow Wisconsin Democrats (and any independents or Republicans who might be reading this… welcome aboard!),

It feels a little bit like the world has gone sideways, doesn’t it? If you’re following the news, it can be dizzying. Trump’s obsession with shredding the Constitution to ensure his re-election apparently knows no bounds.

Meanwhile, Wisconsin’s own Ron Johnson is cheerleading every step of the way—even though, as he himself said last year—and DPW highlighted in an online ad last week—”Any foreign interference in our elections is unacceptable.”

But while the national media cover the chaos in DC, they’re not talking about what Trump is not doing—which is to say, the way he’s broken his promises and abandoned Wisconsin families. That, then, is the job of the Democratic Party of Wisconsin, alongside our fights for Democratic candidates and values up and down the ticket.

Yesterday, I traveled to Amery, Wisconsin in Polk County to meet with party leaders and Senator Patty Schachtner. Voters there are fighting out of control prescription drug costs and environmental degradation. Trump and the GOP have forgotten them. They’re helping billionaire special interests to make people’s lives worse. But we, as Democrats, won’t forget them—and we’ll keep showing up, in every corner of the state, to fight for the public interest.

That’s what unites us. And that’s why I’m proud to be in this fight with you.

There is no low Wisconsin Republicans won’t go to to shore up power and undermine our democracy.

After months of publicly ridiculing Rep. Jimmy Anderson’s request for reasonable accommodations for his disability, Republicans (for a moment) seemed like they were finally going to do the right thing and grant Jimmy his request.

Instead, they used the opportunity to sneak through several rule changes that would give Assembly Republicans more power. (Among the many changes the GOP made), they gave themselves unlimited veto override attempts, which we know is a direct attempt to override the will of the voters and rig themselves into a supermajority. And they had the audacity to claim this was related to Rep. Anderson’s request for accommodations.

This is another power grab. Plain and simple. And on November 3, 2020, we will hold every Republican who voted to undermine the will of the people responsible. 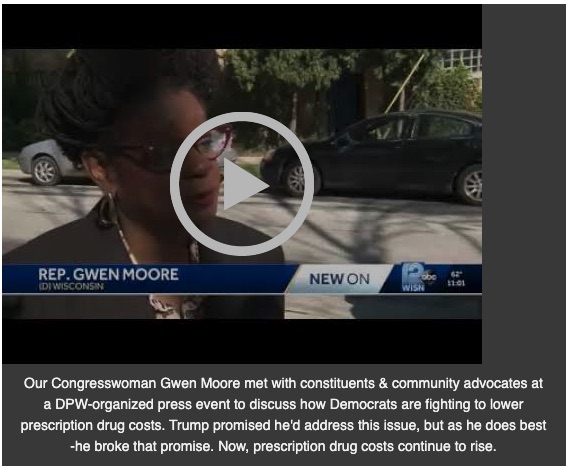 Gov. Evers and Lt. Gov. Mandela Barnes introduced an executive order this week to declare the second Monday in October as Indigenous People’s Day. Here’s what Gov. Evers had to say:

“Through this executive order, we recognize and appreciate our tribal nations and Indigenous people and their resilience, wisdom, and the contributions they make to our state. Native Americans in Wisconsin and throughout our country have suffered unjust treatment—often at the hands of our government—and today is about recognizing that Wisconsin would not be all that it is without Indigenous people.” 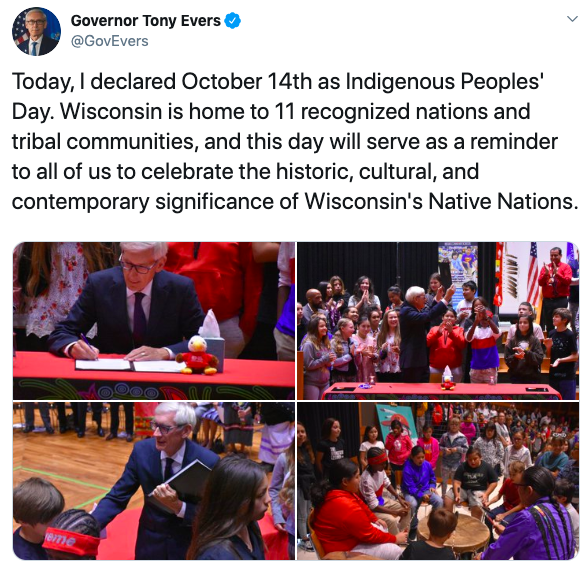 Fighting for our Suburbs

Milwaukee Journal Sentinel published a great piece this week about how Democrats are fighting tooth and nail in the suburbs to take back what was once reliably-red territory. 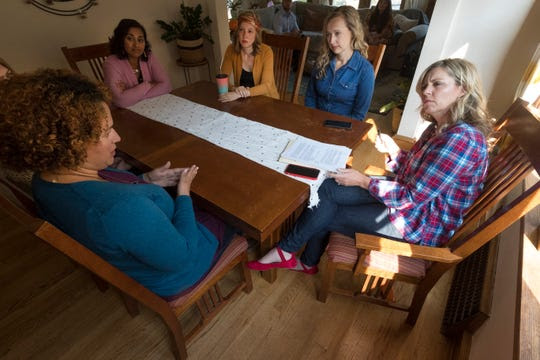 Reporters talked to our freshman Rep. Robyn Vining (who was the only candidate to flip an Assembly seat in 2018!) about what voters in her district care about and how Dems plan to win in Wisconsin suburbs. Here’s what she had to say.

“As people keep swinging in and ask how we won, how we flipped a seat, I’m reminded it wasn’t just me — it’s a we. And I am reminded that more than anything it was us showing up on doorsteps and just listening,” Vining said at the September meeting. “The way we talk to each other — public discourse will matter in 2020.”

What a great reminder of our collective power to enact change. Make sure you sign up for a canvassing shift for #1Year2Win in November! 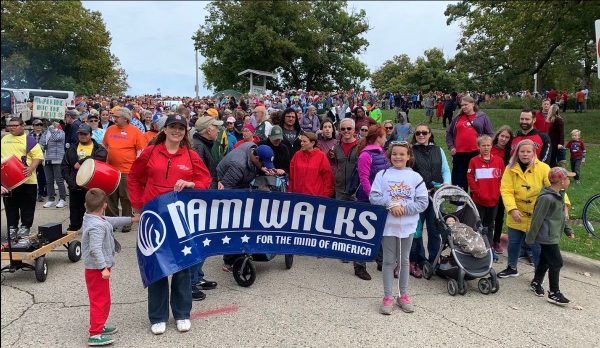 Ben joined Madison Mayor Satya Rhodes-Conway, the Executive Director and a founding board member of NAMI Dane County for their 14th annual NAMI Walk. NAMI is working to #EndtheStigma around mental illness and create a better future for those living with mental health disorders. 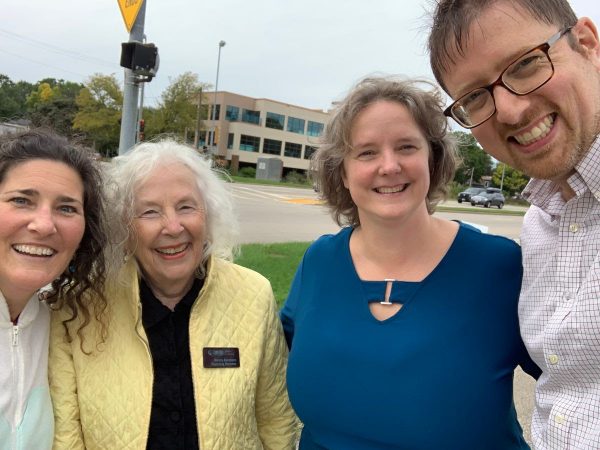 Ben was thrilled to be able to join Dr. Alex Gee, a community leader in Madison, on his podcast “Black Like Me.” Ben and Dr. Gee discussed the role of black voters in the Democratic coalition and much, much more. Tune in here. 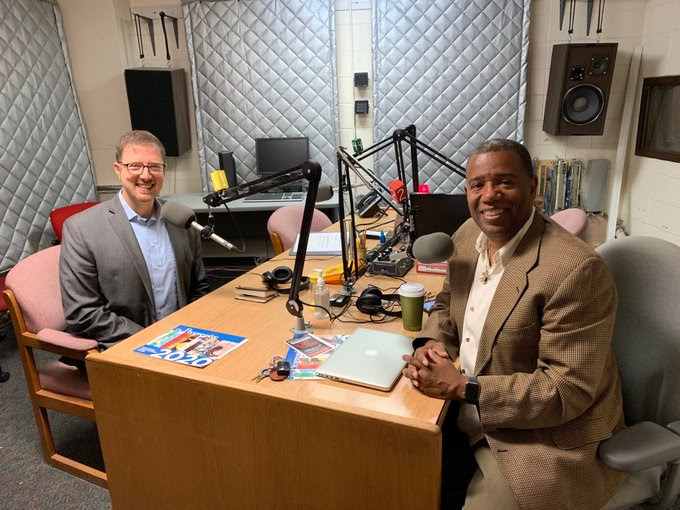 Rust Belt Rising is a great organization focussed specifically on training candidates on how to win in the Midwest. They’re beginning a free online messaging bootcamp with state and local candidates next month. Learn more about the training and apply here! 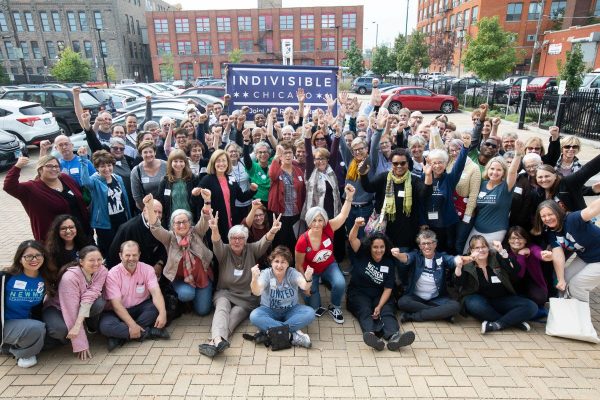 Ben and DPW statewide organizing director Anna Surrey spoke at Indivisible Chicago’s Midwest Summit last weekend about how to support Wisconsin Democrats. They left feeling energized for the fight ahead!

Ways to Get Involved

And finally, a reminder to sign up for a canvass for #1Year2Win.
Find an event near you here!