I am honored and thrilled to have been elected as your new Chair of the Democratic Party of Wisconsin! We’ve got the fight of our lives on our hands, and I’m grateful for the chance to work alongside you to make Wisconsin a state where everyone can thrive — and, next year, to carry our next Democratic president across the finish line. It’s no exaggeration to say that what we do together now will shape history. 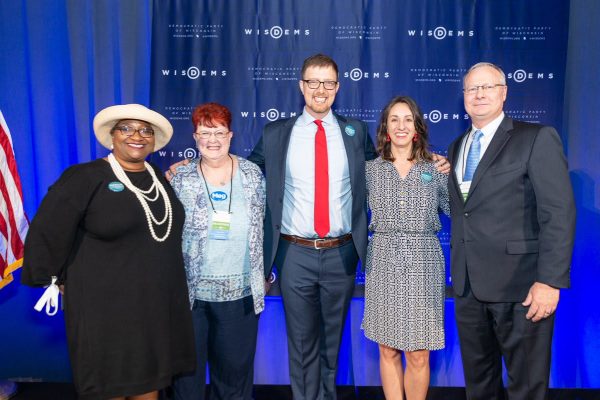 I’m so proud to be serving alongside my running mates Felesia Martin and Lee Snodgrass, our new Vice Chair and Second Vice Chair, and with Meg Andrietsch and Randy Udell, who were reelected by acclamation as Secretary and Treasurer. All of us are also deeply appreciative of Rep. David Bowen, Tammy Wood, and Alicia Lorta, who ran a tireless and positive campaign of ideas and who will be important leaders and partners in the party going forward.

I also want to offer a very special note of gratitude to Martha Laning. Her leadership changed our party, our state, and all of our lives. Working tirelessly for the last four years, she built a party that powered a wave of landmark Democratic victories, and lifted up the voices of Democrats across Wisconsin. Thank you, Martha!

Felesia, Lee, and I ran on a FIRE platform: Fight on issues between elections; Include & Respect everyone, across race and geography; and Empower activists and county parties with better data, technology, and training.

We’re wasting no time. Thanks to Martha and the staff’s great work beforehand, the FIRE vision has been moving forward full steam in our first two weeks: we’ve fought for Medicaid expansion; championed inclusion and respect for Pride month and the centennial of women’s suffrage; and ramped up our work to empower the grassroots by announcing the hiring of Arkesia Jackson, formerly of Black Leaders Organizing Communities, as our new Director of Training and Development. And much more is in the works! 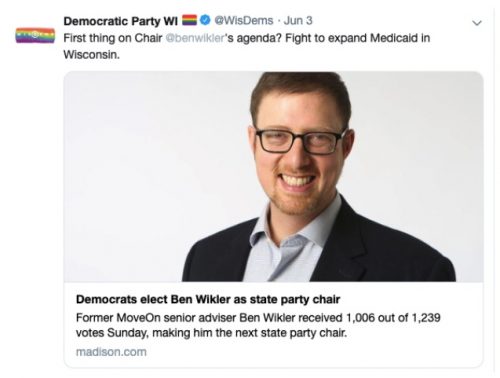 Felesia, Lee, and I learned so much from Democrats across Wisconsin in the course of the chair’s race. And we know we have so much more to learn. That’s why we believe in listening, as the first principle of leadership. And we believe in organizing—because Democrats win with people power.

From now until November 3, 2020, all of us are going to be called upon to do the best work of our lives, for the biggest stakes of our lives. And then the fight will continue. We’re so excited to dive in!

We all know Medicaid Expansion is the obvious right choice for Wisconsin; it would expand affordable coverage to 83,000 Wisconsinites, save taxpayers $324 million, and free up $1.6 billion in federal funds that we could invest in our schools, clean drinking water and other priorities. And contrary to Republicans’ talking points, expanding Medicaid would reduce premiums for those purchasing insurance on the marketplace.

Yet Republicans are blocking health care access for their own constituents and throwing away hundreds of millions of dollars of investments for their communities by continuing to block Medicaid expansion. They’re even abandoning their own campaign promises to expand access to health care! 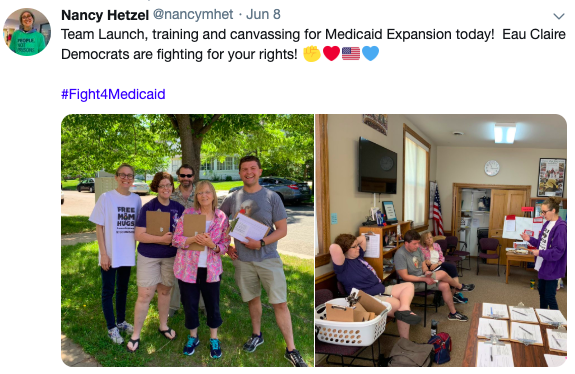 This fight is far from over. Our voices will continue to be heard. So long as Republicans continue to undermine the will of the people, they will be met with resounding opposition.

We held a Week of Action this week to organize volunteers from across the state to knock on doors in Republican districts and make phone calls to pressure legislators to vote to expand Medicaid. You wouldn’t believe the amount of Republicans we talked to who think it makes no sense that their legislators won’t expand Medicaid.

Join us as we #Fight4Medicaid; we still have some canvasses left this weekend! You can also write a letter to the editor or call your legislators (legislative hotline: 1-800-362-9472). 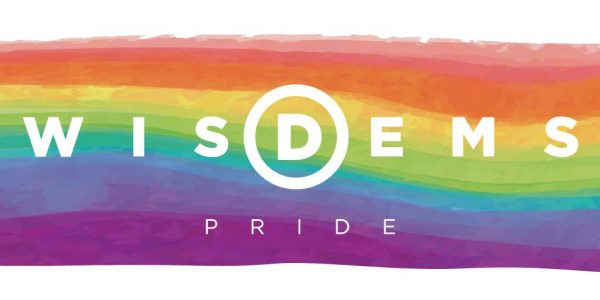 Wisconsin has a long history of fighting for LGBTQ+ rights, and that tradition continues to this day. For the first time ever, the rainbow Pride flag is flying atop the Wisconsin State Capitol! I am thankful that we have leaders like Governor Tony Evers and Lt. Governor Mandela Barnes who are working to make Wisconsin a more welcoming state for our LGBTQ+ neighbors and friends and our Congresswoman Gwen Moore who marched with Milwaukee Dems at Pride Fest last week. 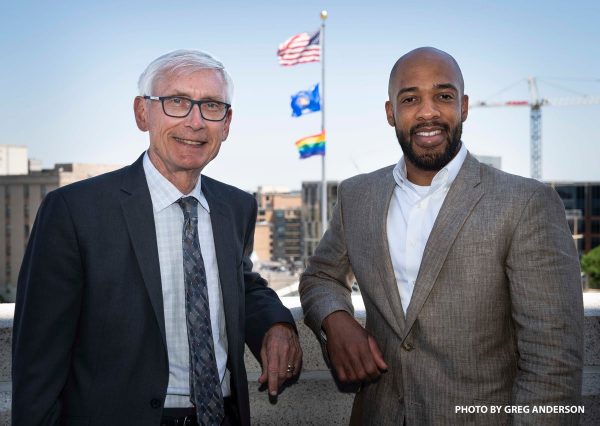 The trailblazers, activists, and organizers before us have laid the groundwork for where we are today, but the work is not over yet. Conversion therapy is still legal in parts of Wisconsin and proper healthcare is still inaccessible for many Trans Wisconsinites.

We need to fight for and listen to every Wisconsinite in our Party’s diverse coalition. If we don’t, we won’t succeed. This month and every month, let’s celebrate the Wisconsinites that have fought and continue to advocate for equality and equity. 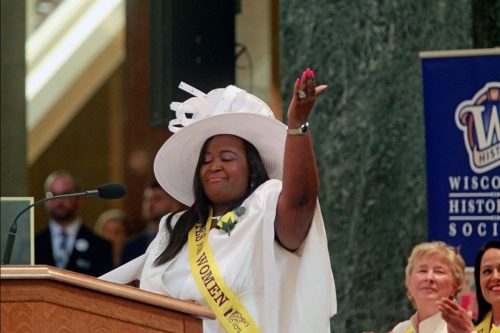 Rep. Shelia Stubbs, Madison. She is a former probation and parole agent from Madison, Wisconsin and has been a member of the Dane County Board of Supervisors, representing a district on the south side of Madison for twelve years; she is the only African American on the board.

This past Monday marked the 100-year anniversary of the Wisconsin state legislature voting to ratify the 19th Amendment to the Constitution — making Wisconsin the first state to give women the right to vote. This week we celebrated and affirmed our resolve to continue the work towards a just and open democracy, while remembering this moment wasn’t the end all be all for suffrage. The women’s suffrage movement had classist and racist undertones and explicitly left out many Wisconsinites from the fight for voting rights.

Right now, the right to vote and the rights of women are still relentlessly under attack — and still disproportionately affect Black and brown women. We must remember and honor the work activists did before us, while fighting to expand the franchise for a more inclusive future today. 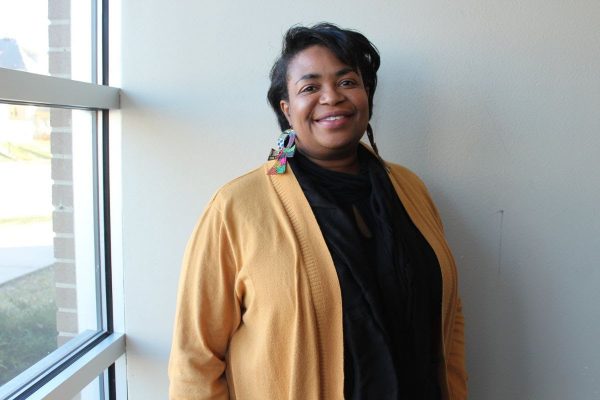 Please give a warm welcome to our new Training & Development Director, Arkesia Jackson who officially started her work at DPW last week! Arkesia brings with her the incredible work she did at Black Leaders Organizing Communicates (BLOC), as well as her work for multiple Milwaukee elected officials.

Arkesia’s leadership experience and a broad depth of knowledge in creating training programs will help us empower our grassroots and create sustainable local activist infrastructure in communities across Wisconsin.

Update from your Leadership Team

Felesia and I had the honor of attending the Association of Democratic State Chairs meeting this week to learn ideas from parties all over the country that we can use to make our own party stronger. We’re looking forward to coming home to Wisconsin and getting these ideas rolling!

We’ll also be at the La Cross County Picnic on Monday and in Baraboo with the Sauk County Democrats on Thursday. We look forward to seeing folks there — make sure to stop by and say hi!