This week, our nation has been reeling from last weekend’s back to back mass murders—and from the revelations that followed about the white supremacist motive behind the shooting in El Paso and the role of President Trump’s and Fox News’s rhetoric in fueling it. And then, adding injury to injury, we’ve seen the administration’s mass immigration raids leave children crying in parking lots, parentless, after their mothers and fathers were taken while they were in school.

Millions of Americans have been left shaken—and even feeling unsafe. As Democrats, and as human beings, building a community in which everyone feels safe and welcomed is a fundamental value.

So what can we do? We can organize.

First, we can press our legislators—in Madison and in DC—to take action to prevent gun violence. More on that below. And second, we can work to create an electoral price for peddling hatred. Demagogues will continue to fuel this ugliness until they know it hurts them at the ballot box. It’s our job to make sure that it does. And we’ll do that not only by confronting hate, but also by exposing the purpose it serves for the special interests that fund the GOP: by dividing people, it gives those special interests cover to pick the pockets of people of all races and ethnicities.

It’s often in the darkest times that the light is most visible. Stories of heroes emerged from the wreckage, like veteran Glendon Oakley, Jr, who rescued terrified children in El Paso. He did what he could do. We honor him by doing what we can do as well.

We’ve needed better gun safety legislation for a long time, since before the tragedies in El Paso and Dayton this weekend. There’s no good reason we have to face these senseless acts of violence week after week. We’re not helpless. 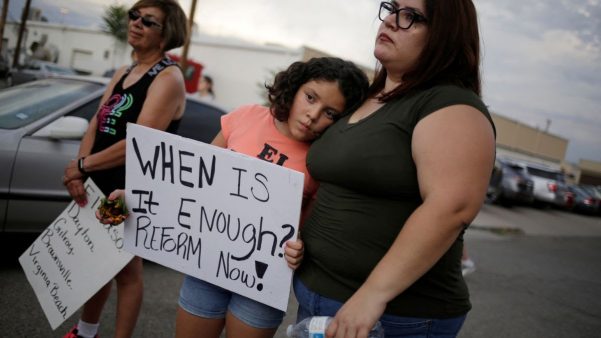 In the wake of these shootings, Governor Evers and Attorney General Josh Kaul are urging Wisconsin Republicans to work with Democrats to pass red flag laws. Red flag laws would allow a judge to issue an order to remove firearms from an individual if a family member or law enforcement officer comes forward with concerns. In fact, this is exactly what the mother of the El Paso shooter did when she worried about her son owning firearms. With red flag laws in place, we could very well prevent future gun violence.

No single solution will completely eradicate gun violence. But we have to try, and we must continue to put pressure on lawmakers who stand in the way of reform. Call your legislators and show them you won’t be silent in the face of their cowardice: 1-800-362-9472.

After Republicans ripped Medicaid Expansion out of the governor’s budget, Gov. Evers decided enough was enough; he and Democratic legislators did what Republicans have refused to and introduced a law to finally expand Medicaid to cover 82,000 more Wisconsinites.

Studies have told us that Medicaid expansion literally saves people’s lives, yet Republicans still refuse to do what is best for their constituents and bring needed investments into their districts. Expanding Medicaid is of course the moral thing to do, but it’s also the fiscally responsible thing to do — we’re currently sending millions of Wisconsin’s tax dollars out of state — dollars we could be investing back into our own healthcare system.

We’re going to continue to fight for Medicaid expansion because the health and wellbeing of Wisconsinites is on the line. This shouldn’t be a difficult choice.That’s why we’re urging Republican legislators to #JustSayYes to Medicaid expansion.

This week, three DPW staffers and I took a two-day tour of Northern Wisconsin, visiting with grassroots organizers, county chairs, and elected leaders in beautiful Ashland, Bayfield, Superior, followed by a day of meetings in Eau Claire.

What we saw and heard was extraordinary. A volunteer who has fought for Democratic values ever since they walked picket lines with their parents at age 12, decades ago; a former Republicans who joined our party after seeing the rise of Trump in 2016, and now wields social media to puncture Trump’s digital reelection strategy; a rural activist who is organizing against CAFOs and agribusiness monopolies—and so many other inspiring champions. 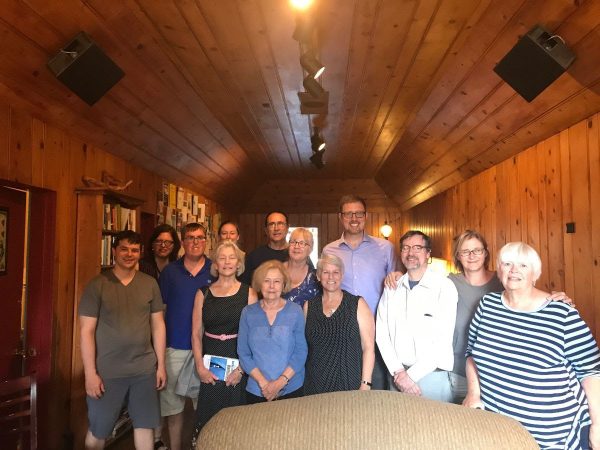 Wisconsin Democrats are strong because of our grassroots strength in every region of Wisconsin—and we’ll keep showing up, both to fight on issues and to win elections, above Highway 29. That’s one reason we’re so excited about hiring a North Central Wisconsin Regional Organizing Director!

Some of my happiest memories from childhood were of attending the Menominee Pow Wow with my godmother, Ada Deer, who used to lead the Menominee Nation—and led the successful fight for an act of Congress to restore federal recognition for her tribe. Last weekend, my own children had the same experience! The whole Wikler family joined Ada midday on Saturday for the 53rd Annual Menominee Nation Contest Pow-Wow. 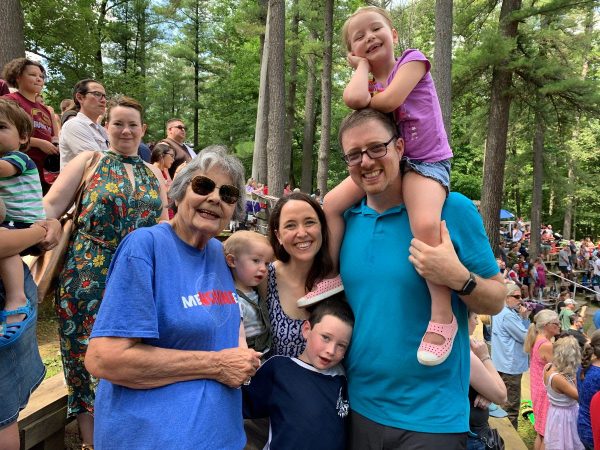 I was also thrilled to meet with Menominee Nation Chairman Douglas Cox! 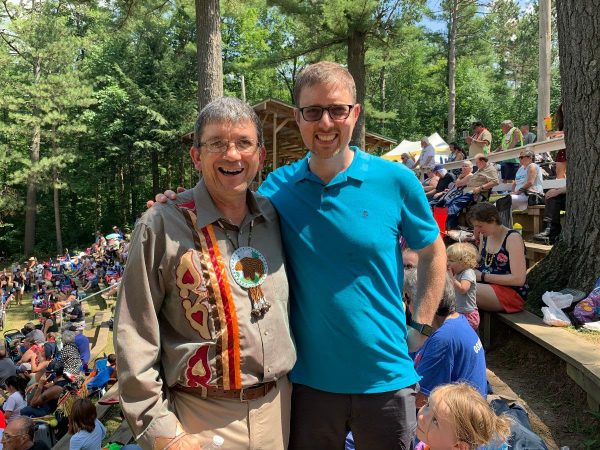 As Democrats, we have a core value to ensure that our state and nation listens to, honors, and lifts up our American Indian nations—and, unlike so many times in history, that our government keeps its commitments. Governor Evers embodies this commitment every day. Thanks to all who joined us this weekend!

Second Vice Chair Lee Snodgrass, First Vice Chair Felesia Martin, and I are honored to be invited to Democratic Party events across the state to listen to and learn from party leaders and activists and share our vision for the future. Thanks to the Waupaca County Dems for welcoming Lee last weekend! 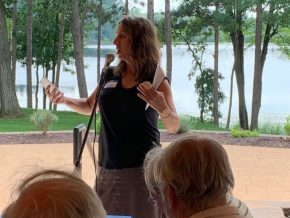 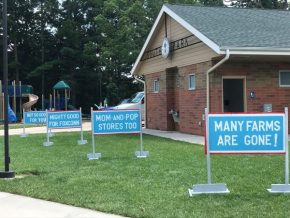 This weekend is our August Weekend of Action, with deep canvasses and volunteer thank-you parties planned from Wausau to Reedsburg to Kenosha. Click here to find an action near you to take part in!

Per our Constitution, the Democratic Party of Wisconsin will remain strictly neutral in the 2020 presidential primary. This summer and fall, in the spirit of fairness and in order to inform and engage our members across the state, we are sharing information about any and all Democratic presidential candidates visiting Wisconsin, when provided with sufficient advance notice. 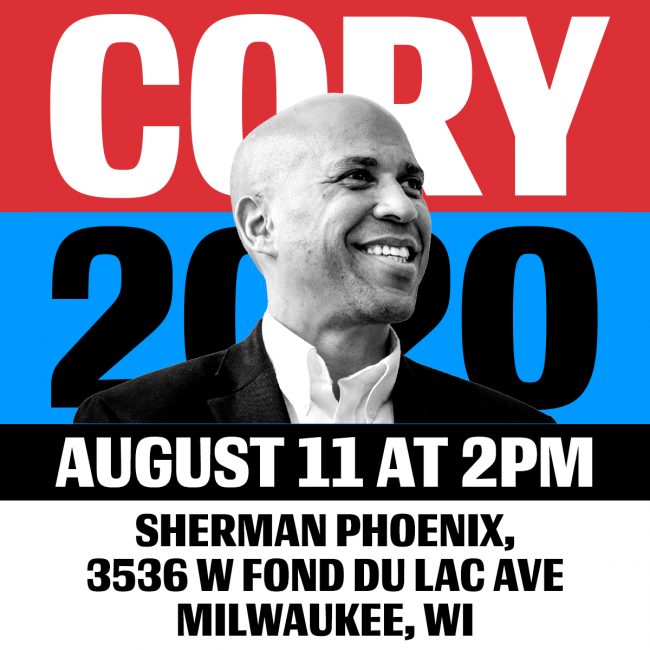 I’m looking forward to joining Lincoln County Dems at their picnic on Sunday before Sen. Booker’s event. Join Us!