Trump has returned to his ugliest playbook: wielding racism as a political weapon.

It’s now up to Democrats to fight back. But don’t listen to the pundits who claim we have to choose between confronting racism or focusing on the kitchen-table issues that affect working people of all races. The best research shows that we win most powerfully when we tackle both.

Here’s the truth: the Trump and GOP cynically use racism and xenophobia to divide and distract the public—so that they pick all of our pockets to benefit the ultra-wealthy.

And here’s the good news: a deep-dive research project found that the most powerful message is the one that points all of that out. 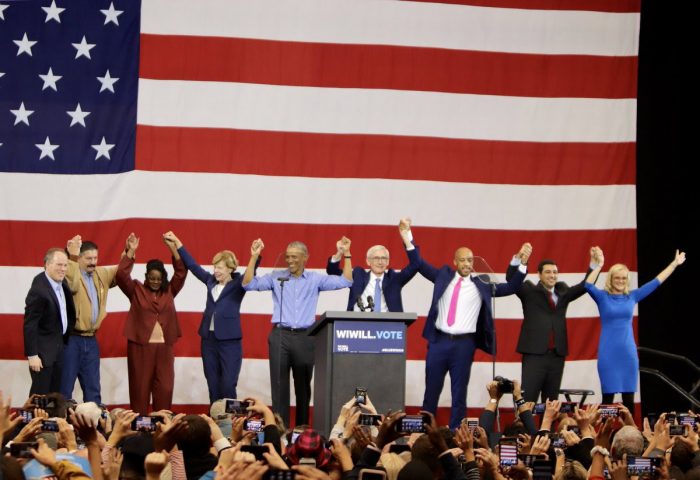 Prepare yourself for the battles ahead. You can read a summary of the research in this article: “A unifying “race-class narrative”: Blueprint for progressive victory?” — and read the actual study here: “Race-Class: Our Progressive Narrative.”

The Associated Press wrote about this last week. In a story that ran nationwide, I was quoted arguing:

“Trump’s use of racism as a political weapon is his only strategy to distract the public from the No. 1 issue in 2018, which was health care,” Wikler said. “He can’t claim that he stands for working people in 2020.”

We can’t shy away from confronting Trump’s despicable appeals to hatred. And we also can’t let him pull us away from fighting on issues that affect people of every race. Fortunately, our most powerful path is the one where we speak to both at once—and the connection between them. We can lead with our values, and win.

When we increase access to health care, more people seek care, and that in turn reduces mortality rates. A new study published this week estimates that had nationwide Medicaid expansion occurred, 15,000 deaths would have been prevented.

Studies are literally telling us that Medicaid expansion would save people’s lives, yet Republicans still refuse to put petty politics aside and do the right thing for their constituents.

Expanding Medicaid isn’t just the moral thing to do, it’s also the smart choice for all Wisconsinites. In addition to freeing up millions of dollars in our biennial budget, expanding Medicaid would reduce costs for all of us and give 82,000 low-income Wisconsinites access to affordable care.

We’re going to continue to fight for Medicaid expansion even as the 2020 race heats up. The health and lives of Wisconsinites are on the line, and we’re not going to let Republicans get away with this come election day. 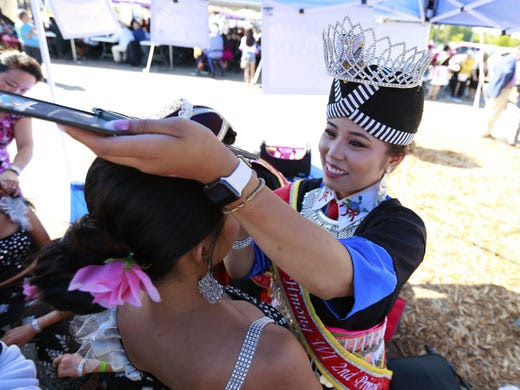 One of the keynote speakers at this year’s festival is Governor Tony Evers. It’s so refreshing to see the leader of our state include and respect all Wisconsinites and their families, no matter their background or culture. Inclusion and respect doesn’t just mean saying we value inclusion and respect – it’s actually putting in the work to make sure all voices are heard, respected, and celebrated in our party.

You can learn more about the event here. Hope to see you there!

I’ve said it before, and I’ll say it again – Wisconsin will be the tipping point state in 2020. In a state where our elections are so close, it’s the work of our grassroots activists out in the field, in county parties and neighborhood teams everywhere in Wisconsin, that pushes us across the finish line.

The hard work of our grassroots movement received national attention this week when they were joined by Washington Post reporter Dave Weigel. Here’s how I explained why our program works:

“A traditional field program can be like turning on a faucet,” said Ben Wikler, who became chairman of Wisconsin’s Democratic Party last month. “You’re spending money, and you’re reaching voters, but when the election is over, you turn the faucet off. Our program is more like planting a tree. The earlier you planted it, the bigger it grows.” 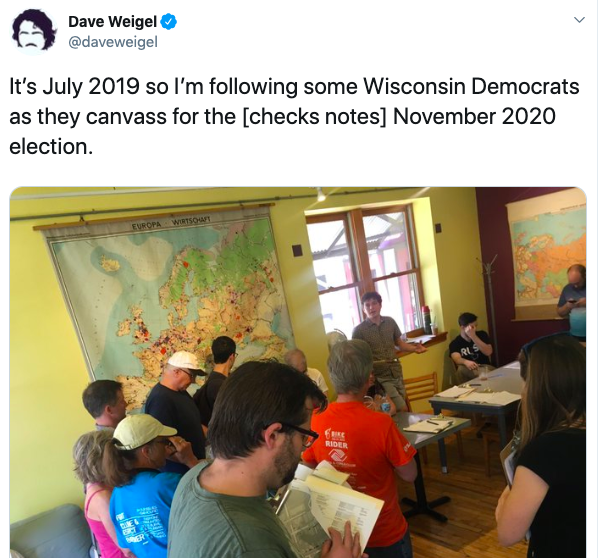 Dave Weigel’s story also contained a sobering warning, however: Republicans are stepping up their game on grassroots organizing in order to defeat us. They even claim to be using our neighborhood team model, having studied Obama’s victories in 2008 and 2012. So remember—we can’t take anything for granted.

If you want to help us win in 2020, we have a great opportunity for you this weekend in Milwaukee. We’re almost 1 year and 100 days away from the 2020 election – an election we intend to win. We can’t just show up and start organizing three months before the election, so we’re getting out on doors NOW! Join us at one (or many) of our #1Year100toWin Day of Action in MKE canvasses happening this Saturday.

Our Organizing Corps cohort has been hard at work putting together this weekend’s activities. It’s time to lay the ground work for a grassroots movement — team up with us this weekend!