This week, like so many weeks of the Trump era, we’ve been battered by bruising news: the horrific deadly tragedies the Trump administration is inflicting on human beings along our Southern border; the Supreme Court’s insistence that it has nothing to say about partisan gerrymanders; the Wisconsin legislature’s passage of a budget that fails to expand Medicaid or provide special education funds at the levels our public schools urgently need.

And we’ve had a glimpse, through Democratic presidential debates, of how different things could be. It was like a glimpse of daylight through dark clouds: a group of women and men talking about plans and visions to set things right. 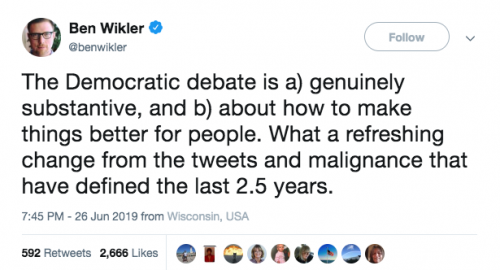 We have to fight, each day, on the issues that affect our lives. But this week was a stark reminder of the electoral stakes—and the need to build a party and a movement capable of ensuring that those who abuse human rights, attack democracy, and starve vital public institutions are removed from power and replaced by people ready to work for the common good.

We’ve got a massive challenge ahead. But we’re the lucky ones: the power to change this country’s course is in our hands. Let’s rise to this moment.

Feel free to share these links with anyone who wants to get involved:
wisdems.org/volunteer | wisdems.org/donate

P.S.: Next week DPW staff and I will be on vacation for the 4th of July. We hope everyone has a fun and safe holiday! The weekly chair’s update will resume the following week.

Fighting for Issues: Standing Up for Our Public Schools

Hundreds of public education advocates from around Wisconsin marched 60 miles to our state capitol this week to fight for fully-funded public education. They walked from rural, urban, conservative and liberal areas all the way to Madison (even in the rain), to show their support for Gov. Tony Evers’ proposed education budget which would invest $1.4 billion in our schools and increase the state reimbursement rates for special education to 60%. 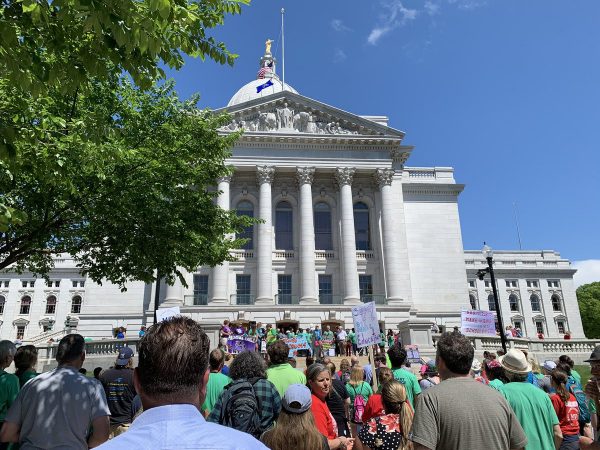 I was fortunate to be able to join the activists at their final rally at the capitol. All of the advocates for our schools, both young and old, were incredibly inspiring.

Republicans’ version of the budget continues the lack of investment in our public schools and special education programs that has plagued our classrooms for the last 8 years. They cut $900 million from Gov. Evers’ proposed boost to public education funding and slashed his special education investment by 83%.

The Assembly and Senate passed Republicans’ version of the budget this week. The governor will now decide how best to proceed—signature, partial veto, or full veto—but no matter what, the fight goes on. As Democrats, we know that investing in kids is a no-brainer. 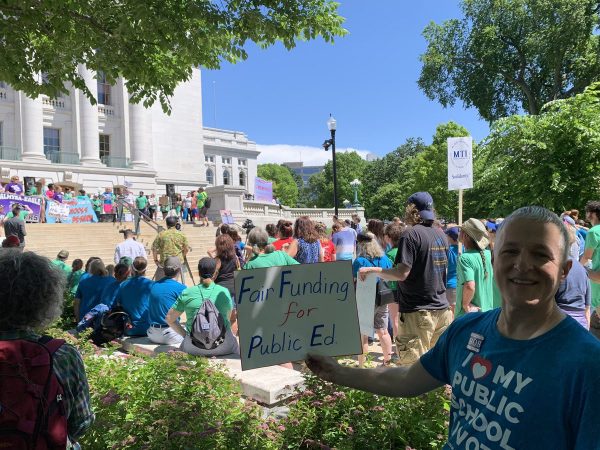 Assembly Republicans are at it again, voting against the will of Wisconsin voters. Republicans passed a budget this week that axed Medicaid expansion, essentially flushing $1.6 billion of our tax dollars down the toilet.

On Wednesday, I joined Rep. JoCasta Zamarripa and Rep. Chris Taylor in the Capitol for a press conference to criticize this immoral and fiscally irresponsible act. Not only did Republicans vote against the best interests of their districts, they actually voted against their own campaign promises to expand and improve access to health care. 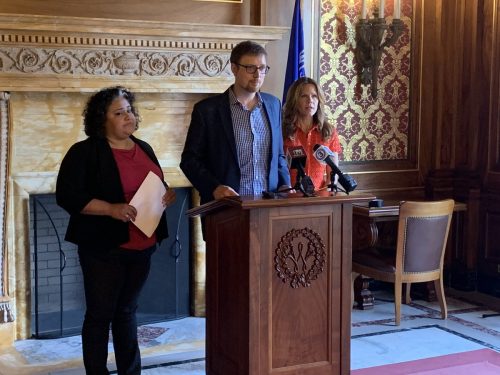 This was money that could have been used to fund desperately-needed health services, like mental health care, addiction treatment, dental care access and pre and post-natal care for mothers and infants. By freeing up these funds, we would have been able to invest in other priorities, like clean drinking water, infrastructure, or investing in our public schools.

Expanding Medicaid should not be controversial. This should have been the easiest vote Republicans make this session. 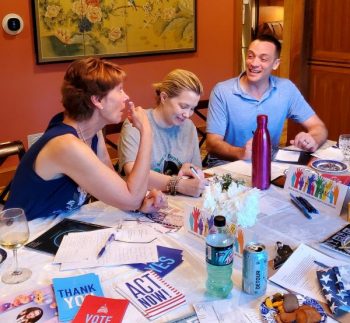 “We had some fun, but, Wisconsin state legislators: ready for six dozen postcards from more of your Menononee Falls constituents about needing to #Fight4Medicaid, fund infrastructure in the #PeoplesBudget, have impartial parties draw redistricting maps, and more. #DemDebate” — Menomonee Falls Action Team

This weekend join other Wisconsinites gearing up to #Fight4Medicaid with our Medicaid Weekend of Action! Thanks to our statewide organizers and activists, you can stand up and fight for your healthcare and tax dollars.

Democracy is Under Attack!

Yesterday’s unconscionable decision by a partisan 5-4 majority on the Supreme Court to uphold partisan gerrymandering shows just how far the GOP is willing to bend the Constitution in order to lock in power at the expense of democracy. They ruled that gerrymandering was not a Constitutional issue that the federal court could rule on, even though gerrymandering actively violates voters’ rights.

In 2011, Republicans in Wisconsin set out to draw maps that diluted the power of Democratic voters to ensure indefinite Republican control. The result has been an unfair electoral system that flies in the face of the foundational values of our representative democracy.

The fight for fair maps is not over. We will continue to advocate for the values of our democracy where every vote is counted equally and every voice is heard. The future of our state depends on it. 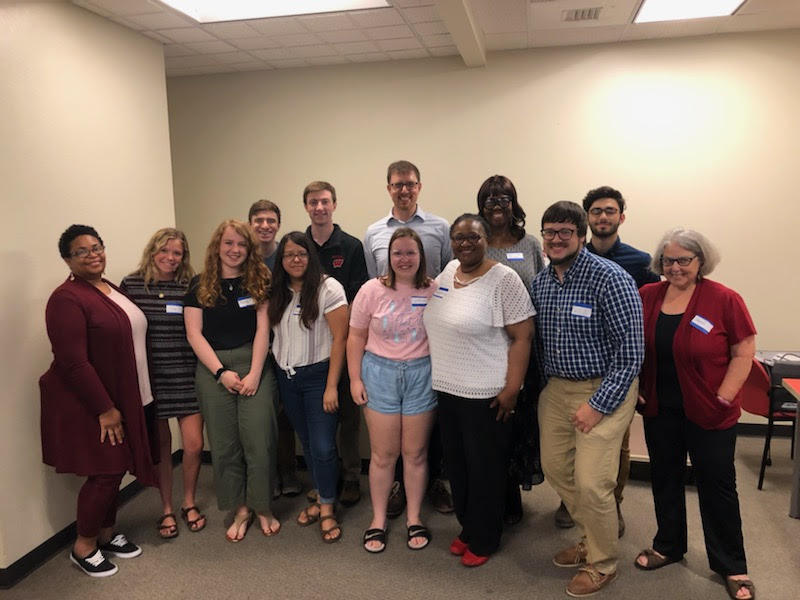 First Vice Chair Felesia Martin, activist Jeannine Rivers, DPW Training and Development Director Arkesia Jackson, and I sat down for a Lunch & Learn conversation with interns for DPW and the Tammy Baldwin Campaign, sharing our stories and discussing how to build a life involved in fighting for change.

Jefferson County gearing up for change!

I joined the Jefferson County Dems picnic Tuesday night. What an amazing group of folks who are out organizing, flipping county boards, and knocking on doors. They are already building their strategic plan for 2020, including working to recruit candidates in rural areas! I am so excited to see this county go blue again next year.

This week the chair of the County Chairs Association Pat Kreitlow and I had the opportunity to meet and discuss our ideas for 2020. Pat has many exciting ideas under development! I can’t wait to see the good work our partners do over the next year.

Wednesday and Thursday night I joined Dems in Madison at Essen Haus to hear our amazing presidential candidates offer their vision for the future of our nation. No matter who our nominee is, we will all come behind that person and take back Wisconsin! 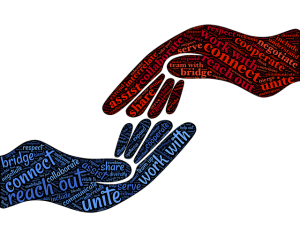