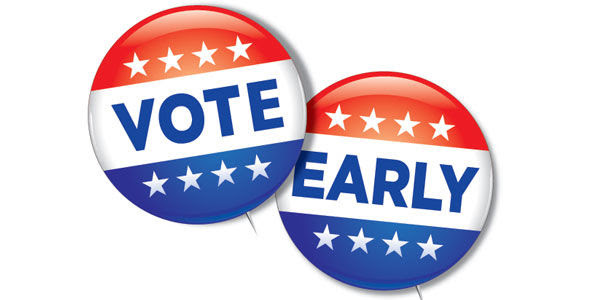 Election day for the spring general election is April 2nd, but that doesn’t mean you can’t cast your ballot early — in Madison and Milwaukee, you’ll be able to vote early starting Monday! Other municipalities will start the following week.

To find a voting location nearest you in Madison, head here.
A list of locations where you can go to vote in Milwaukee can be found here.
Make sure to bring a photo ID!

Don’t sit this election out — in addition to the statewide Supreme Court race, there are many local races throughout the state that deserve your attention. Your vote is your voice, so make sure you have a say in your community’s future!

Republicans continue to attempt to sabotage Wisconsinites’ access to affordable and comprehensive health care. The Trump administration recently created a new rule that would prevent federally funded Title X clinics from providing referrals to patients for abortions, even if a patient asks for one. These clinics provide so much for our women and communities, like access to breast and cervical cancer screenings, screening and treatment for sexually transmitted infections and other general health services. In Wisconsin, ⅕ women will have relied on Planned Parenthood at some point of their life.

But thankfully, here in Wisconsin, and many other states, our Democratic leaders recognize how important the Title X program is for low-income patients needing healthcare. Our Attorney General Josh Kaul has joined in on a multi-state lawsuit in hopes of challenging and reversing this absurd rule. 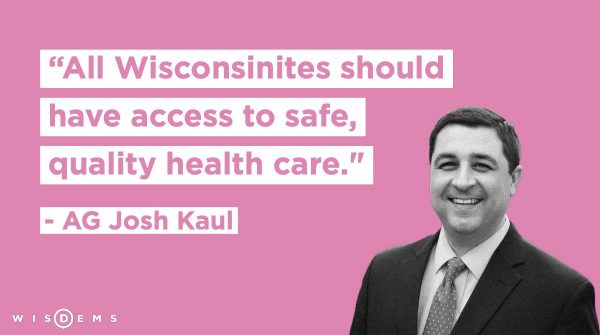 Governor Evers too has expressed support for AG Kaul’s participation in this lawsuit. This support coupled with the governor’s Healthy Women, Healthy Babies initiative highlights his dedication to making healthcare accessible for all Wisconsinites, no matter race or socioeconomic status.

More and more conservative groups are yanking support for Wisconsin Supreme Court candidate Brian Hagedorn. His radical, extreme, homophobic bigotry is finally becoming too toxic for them. Not only has the Wisconsin Realtors Association withdrawn their endorsement, even asking for their donation back, but the national conservative group U.S. Chamber of Commerce has stated they will not be supporting Hagedorn in this race, a huge blow for conservatives.

This is a man who has compared homosexuality to bestiality, founded a school that bans gay teachers, students, and parents, given speeches for hate groups, and is now claiming to be the victim of anti-Christian hate! 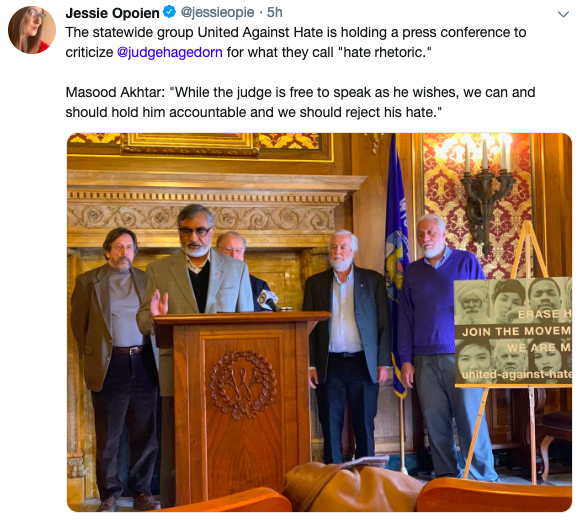 Our friends at We Are Many – United Against Hate held a press conference this week to condemn Hagedorn’s hateful rhetoric and use of his faith to defend his bigotry. “When Mr.Hagedorn spouts his hateful words against the LGBTQ community, and also says his hate is part of his Christian faith, that is something all of us must object to. Our objections to his words has nothing to do with his faith,” said founder and president Masood Akhtar.

I couldn’t agree more with Masood. Someone with so much hate in his heart has no business serving on our Supreme Court. 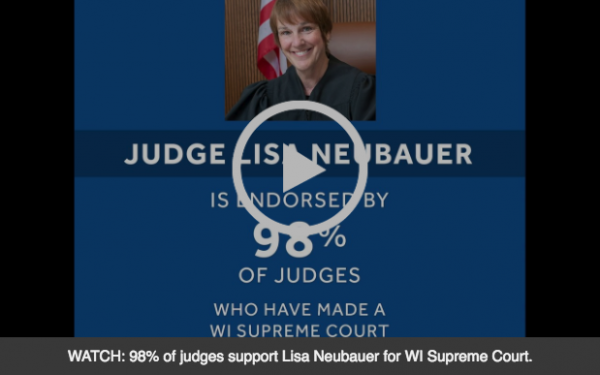 Thank you to all the strong, intellectual progressive women fighting for our Democratic values at every level of government. Today in Wisconsin and around the world, we celebrate all the women who have contributed to creating a brighter, more progressive future for women to come. 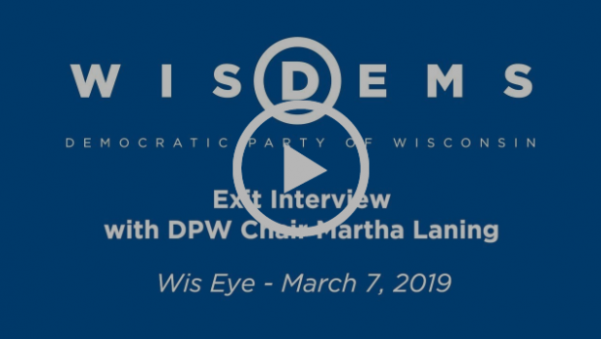 [Martha] gave an exit interview with Wisconsin Eye this week where Steve Walters and touched on a number of topics, including the future of the Party and Wisconsin’s role in 2020. Watch the whole program here!