The 2020 Democratic Convention will be in Milwaukee! 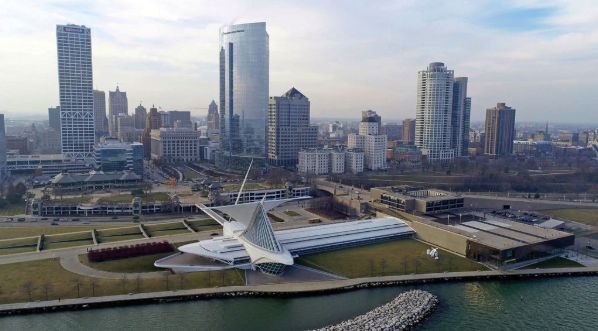 The path to defeating Trump runs through Wisconsin.

This is the first time the Democratic party has held a national convention in the Midwest outside of Chicago since 1916.

After a decade of Republican attacks on working people, labor unions, and communities of color, we Wisconsin Democrats saw some of our biggest and historic gains last year with the election of Governor Tony Evers and Lieutenant Governor Mandela Barnes and re-election of Senator Baldwin. The city of Milwaukee and the state of Wisconsin, under new leadership represents a prouder, stronger, more successful Democratic Party.

Wisconsin demonstrated that Democrats can – AND will – fight for working people and win those fights. It will be exciting to see that energy on display next summer.

Milwaukee has a dynamic story to tell.This choice elevates the importance of the heartland and the strength of a diverse community working together. And while there is no question that this is one of the smaller cities to host a convention, Milwaukee has a history of stepping up to a challenge and built a reputation for punching above its weight. That is evident in the people who make the city go. Teachers unions, the NEA and NFT, have led the fight against the most anti-worker, anti-labor governor in America. The great diversity of every community reflects the great diversity of our nation. This is a majority minority city, and Democrats believe that celebrating that diversity makes us stronger.